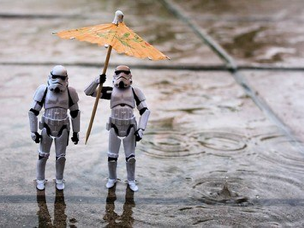 Psycho Stormtrooper, 33 years old*, is certainly an emblematic video game collector. Intellivision specialist as of his youth, it judiciously increases his collection by organizing bets with his buddies and he used until 4 Mattel Intellivision at the same time!

Today, this US collector is not only recognized by its incredible collection of games and Intellivision units but more especially for the ophan overlays set for the games sold without (Parker, INTV, Coleco, Atarisoft games). Now, his passion continues… doesn’t it Roger ? ^^

On your website, we learn how you became player and collector, could you tell more about your gamer life?

When I was young, my first video game system was PONG. It was one of the very first home video games produced. It soon became boring. A year later, a friend of mine got an Atari system. We would spend hours & hours on it every day….we were kids. Being that the 70’s were the start of the video game boom, my parents did not quite understand the attraction for kids. After some coaxing with some good grades in school, I was able to get them to commit to a video game system for Christmas. I told them I wanted the most expensive system….which was Intellivision, at the time. I was hooked. For that time period, the graphics were the best.

Did you have other systems as a CBS Colecovision ?

I did not really get into the Colecovision, but did have just about every system after that : Nintendo, Sega, Playstation, PS II, & now X-Box… to name a few. I still play the Intellivision on occasion, but play a lot more online with games like PS II.

What are your favorite games ?

My favorite game for the Intellivision system was « World Championship Baseball ». Don’t get me wrong, I loved the role playing games, but I was a sports freak. Also, It was more fun to play against my buddies than alone.

Are you the major Intellivision collector in the world ?

No, I am not the major collector in the world….. not even in the United States. From what I know, the United States has at least the top 20 collectors in the world. If I had to rank myself….It would be in the top 20, but not in the top 10. One of the top collectors is Intelli-Steve (Steven Orth) aka Vader-O. He has one of the best Intellivision sites, INTV Funhouse. Like me, most of the items on his site are actually in his collection. There are also many collectors that do not have sites, or stay out of the limelight.
In my personal Intellivision collection, I have over 1500 games with two complete collections of games, 20+ systems, an almost complete Digiplay collection, & many rare items.

How do you distinguish yourself from the other specialized collectors ?

I distiguish myself from other collectors as being the cut-up. You can see this by looking around my website. I like to joke around & have fun. I am also a stickler for things being perfect. That is why I created the « Orphan Overlay set ». I was never happy that some games were produced without overlays. I have a graphics art background & was determined to make the games complete. It took several years to complete, but I was very happy with the end result.

What are your most beautiful Intellivision items ? How did you find them ? What do these items mean for a collector as you ?

Some of the best items in my collection are my factory sealed « Congo Bongo » game, Shrinkwrapped « Fathom » game, mint « Spiker Super Pro Volleyball » game, & my factory sealed/shipped Intellivision Inc boxed games. (The factory sealed/shipped boxed games are games that were shipped from the factory to the distributers. Each has 6 sealed games in them that have never seen the light of day. The last person to touch them was the person that boxed them at the factory. I have a box of « Masters of the Universe, Pinball, Night Stalker, Motocross, Burgertime, Super Pro Football -INTV, & Slam Dunk Super Pro Basketball- INTV).

Some of the rarest items in my Intellivision collection include my Digiplay collection. Digiplay (or Digimed) was a company based in Brazil. They were the company in charge of production & distribution of Intellivision games in South America. For a collector, these games are very rare because they are all produced in the local language of Brazilian Portuguese. The instructions look different & the overlays are even in Portuguese! They are the only Intellivision games to have these differences. There’s whole history can be viewed on my website under « Digiplay ». I have been told by many collectors that I have the biggest collection of Digiplay / Digimed games in the U.S., & maybe in the world. I currently have over 200 boxed Digiplay games including five « Digimed Intellivision I » systems, ten « Digiplay Intellivision II » systems, & some very rare catalogs.

I am also working on getting a very rare item from a former employee of Intellivision Inc. It is believed to be the actual Intellivoice II unit that was pictured, but never produced, for the Intellivision II unit. 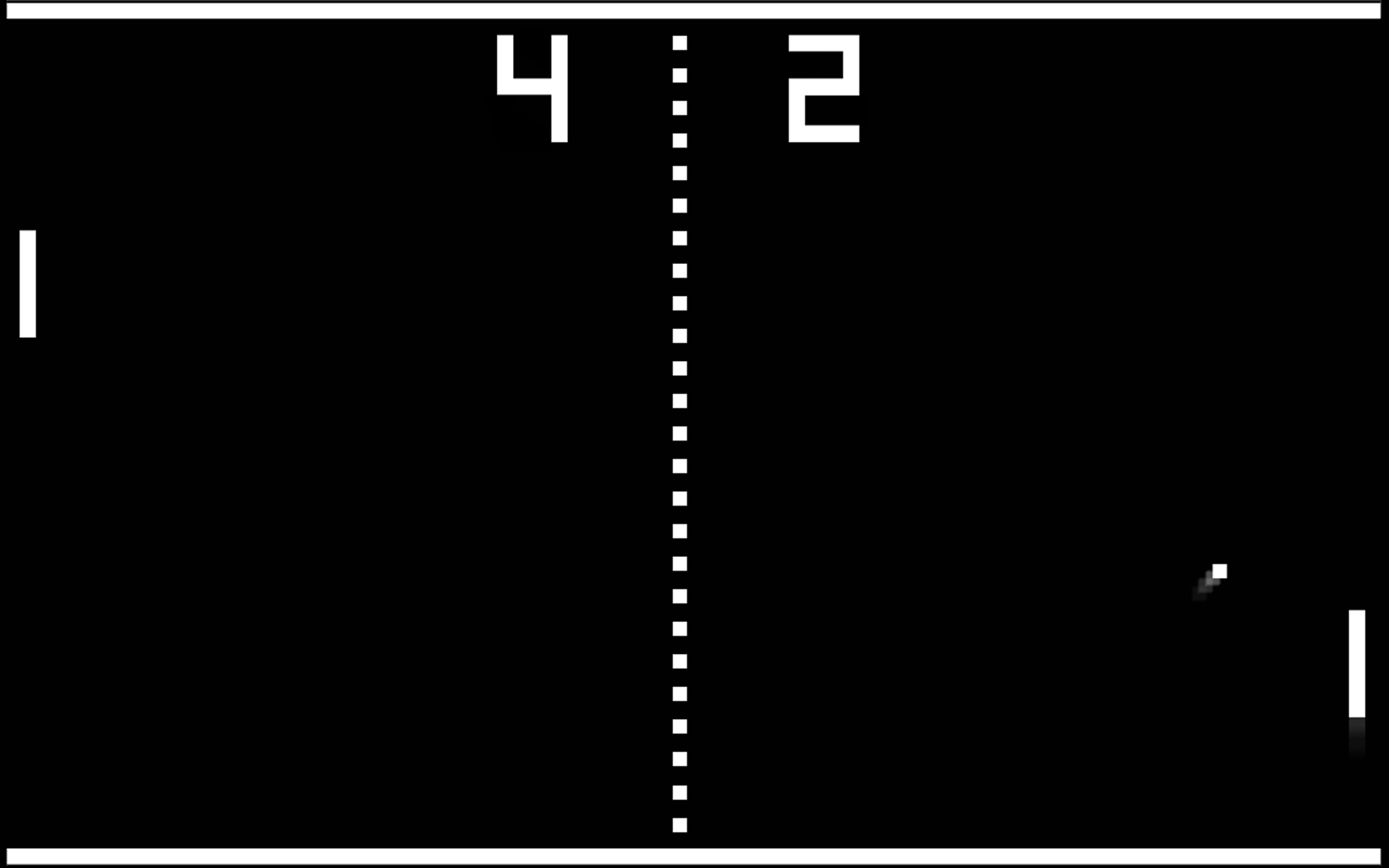 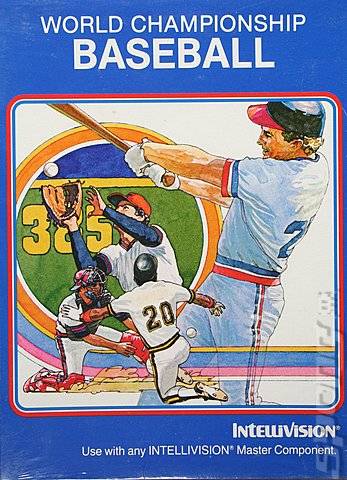 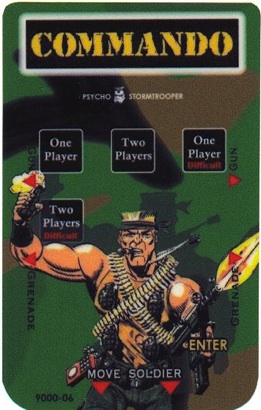 Made by Psycho Stormtrooper 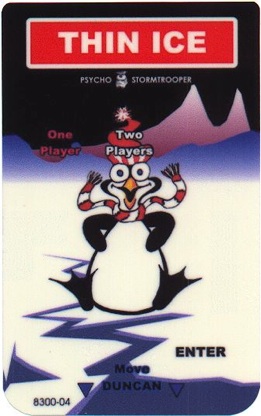 Made by Psycho Stormtrooper

Do you think your Intellivision passion help you in your life ?

That is a tough question… I do know that I still get excited every time I get an Intellivision game. As far as helping me in life?…well, I guess the best thing it has done for me is to teach me that life is very precious. What I mean is that, I cherish all of my Intellivision games because it reminds me of when I was young & life was simple. No stress, no job, & no problems in life to worry about except playing outside, or playing video games with friends. I have also made some great friends with other collectors. I would not change a thing.

Is it possible to organize in US or elsewhere a special contests (popular or with charge for gamers) on old videogame like Intellivision ?

That would be difficult. It may be able to be done at a trade show like the « Philly Classic« , or the CGE(Consumer Gaming Expo). They are put on every year & may be able to put together contests. I believe that The Philly Classic does have retro-gaming contests for a few of the old consoles. The problem is that almost all of the collectors are from the 70’s & 80’s. The younger generations do not even know what Intellivision is.

Why do you hide with a mask, are you an PacMan alive ?

The reason I do that is stealth. I like the idea of being hidden in a crowd. I love to go to vintage electronic shows & talk with people. When the name « Psycho Stormtrooper » comes up, I can get real opinions about my work without giving up my identity. It is also a memorable icon & name. I was told from another collector that when he hears « Psycho Stormtrooper »….he thinks overlays. Beside, I am just too good looking. I don’t want model agencies bothering me.

Did you insure your collection ? Do you think that significant to do it in your case and for other important collectors today ?

Believe me, my collection is secure. But no, except for my homeowners insurance, it is not. I keep my rare & high price items locked away in an undisclosed location. My main collection & extra items are always near in my home.
I do not think it is necessary to put any extra insurance on large collections. But, I do think it is wise not to keep it all in one place. « Don’t put all your eggs in one basket » sort a speak! I do know that if my house burnt to the ground, I would break down in tears…..not from the loss in money from the Intellivision collection, but from the time & effort envolved.

What are your next projects for your collection or around Intellivision ? Would you like to develop it?

Funny you should ask…. I am currently envolved in a big project developing some new games for the Intellivision system. They will be made in cart form complete with box, instructions, & overlays. I cannot expand on this because it is all hush, hush for now. Let me just say that the games will blow everyone away, they will be made in limited quantities, & you will see them this year (2004) !

What do your family and friends think about your passion ? Do they understand ?

They think I am Psychotic! Hense, the name « Psycho Stormtrooper ». They laugh at me when they see me getting excited over 20 year old games.

Your parents sold their can collection for your first Intellivision, is it to return honor to them that you became a collector ?

Yes, it was. Along with trying to recapture my youth. Some guys buy a fast new car to do this,….I buy Intellivision games. One day I hope to return the favor to my parents by selling off my collection in order to get their cans back. : )

When you were child, you organized bets. Could you tell me more about ?

That was a long time ago. Back when Intellivision was the hottest gaming console. What I would do is set up tournaments on the week-ends with friends & others. We would compete for money playing each game cart. The top gamer for each individual game would win money out of the pot. Whoever won the most Individual game would win a bonus pot & be declared the King.
I did the same thing years later with the Sega system & NHL Hockey. I guess it is like a poker game for video gamers.

I trade your complete Intellivision collection for one week of dream with Miss World in a incredible villa in the Caribbean, do you accept ?

Ha Ha… Well,… I don’t think that’s a fair trade. Some of my items are beyond rare & one of a kind. There are many women in the world. Also, my collection never complained to me, cheated on me, or wanted money….. Maybe if you threw in a few more girls, & extended it for a few months, we could talk.

*In 2012, Roger is 41 years old and sold there are a few years a large part of his Intellivision collection.